Received Mechanical Engineering degree from National Technical University of Athens, Greece. After completing his PhD at Imperial College London, he was awarded an EPSRC Advanced Research Fellowship for experimental research on combustion of liquid and solid fuels before joining the academic staff at Mechanical Engineering Department of Imperial College, where he was promoted to Professor in 2009. He was awarded an industrial secondment from the Royal Academy of Engineering to Ricardo Consulting Engineers for development of computational models for atomisation of liquid fuels.

HIs research is mainly experimental and focuses on reducing emissions and increasing efficiency of gas- and liquid- fuelled land-based gas turbines, coal or biomass boilers, aeroengines, gasoline and Diesel engines and liquid propellant rocket engines. His research also extends to chemical and food industry, focusing on atomisation and sprays for spray drying and Cleaning-In-Place, and cooling fusion and fission reactors through the development of improved ‘nanofluids’ coolants. In addition to his contributions to the physics of combustion, heat and mass transfer and liquid atomisation and sprays, the development of novel optical and laser-based diagnostics led to patents for novel instruments on powder sizing, planar droplet sizing, nanoparticle sizing and novel imaging devices. 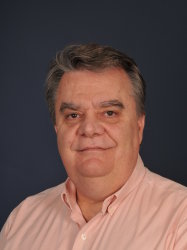