Professor in the Mechanical Engineering Department at the University of Alberta

Dr. Reinhard Vehring
Dr. Vehring is a Professor in the Mechanical Engineering Department at the University of Alberta and holds the George Ford Chair in Materials Engineering. He graduated with a diploma in Mechanical Engineering from the Gerhard Merkator University in Duisburg, Germany, and received a doctorate from the University of Bochum in the field of molecular spectroscopy on microparticles. Dr. Vehring has held positions in academia and industry advancing aerosol science and particle technology for more than 28 years. Before returning to academia, he worked on pulmonary delivery of peptides, proteins, and small molecules at Nektar Therapeutics and was part of the team developing Exubera, the first inhalable insulin. Subsequently, he developed solid dosage forms for virus vaccines, monoclonal antibodies, and oncology therapeutics at Medimmune, and supported FluMist, the first nasally administered live attenuated influenza vaccine. Dr. Vehring was the lead inventor for the cosuspension formulation technology which is used by Pearl Therapeutics / Astra Zeneca to develop metered dose inhaler based therapeutics for respiratory diseases and was recently marketed as Bevespi Aerosphere. At the University of Alberta, Dr. Vehring directs the Particle Engineering facility focusing on advanced micro and nanoparticle design and analysis primarily for applications in Global Health. 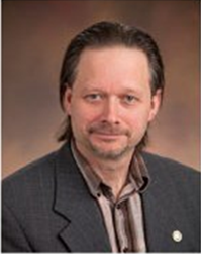