Glyn is Chairman of Cardiff Scintigraphics Limited (CSL) and i2c Pharma Services (i2c) and Emeritus Professor of Drug Delivery at Cardiff University (CU). He graduated with a BSc in Pharmacy (1976) and a PhD in Pharmacokinetics (1981) from Manchester University. After joining the Welsh School of Pharmacy (1980) he was a Research Fellow at Stanford University (1982-83) and Visiting Assistant Professor at University of California, San Francisco (1989-90).
In 1992, he co-founded CSL, a CU spin-out company, which provides clinical and in vitro evaluation of pharmaceuticals and drug delivery systems using techniques, including gamma scintigraphy. i2c focuses on novel pMDI formulation and other inhalation drug delivery strategies. In 2012, CSL & i2c were shortlisted for the Queen’s Award for Enterprise (Innovation).
Throughout his career he has delivered numerous lectures at international conferences, academic, and commercial organisations throughout the UK, EU, US, Malaysia and New Zealand and has authored or co-authored more than 200 research articles, in the areas of pharmacokinetics, pharmaceutics and gamma scintigraphy. Twenty students have graduated with PhD degrees under his supervision.
The aim of his research is to better understand factors that influence variability in drug delivery, particularly to the lung. The research includes in vitro and clinical investigations of formulation, device and patient variables on drug delivery, deposition and absorption.
Glyn has served on a pharmacokinetics expert advisory group of the MHRA and has also provided consultancy services to a number of niche and global pharma companies. 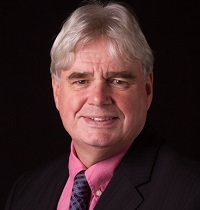 Next generation formulations for pMDIs