Professor Chrystyn obtained his BPharm, MPharm and PhD from the University of Bradford in 1972, 1984 and 1987 respectively. Professor Chrystyn’s research interests focus around the in-vitro characteristics, lung deposition and bioequivalence of inhaled drugs. He has also been involved in clinical studies to determine how patients use their inhaled medications and using these measurements has pioneered in-vitro methods to identify the dose they would have inhaled during rea-life use.
Professor Chrystyn has published and co-authored over 150 publications and successfully supervised over 50 PhDs. He Professor Chrystyn has also served on several editorial boards, as well as serving as the Executive Editor of the British Journal of Clinical Pharmacology. He was the lead author of the joint European Respiratory Society and International Society of Medicines task force that published a consensus statement on inhalers in the European Respiratory Journal (2011 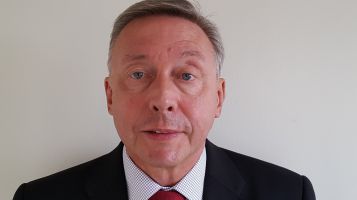