He graduated from Jefferson Medical College (now Sidney Kimmel College of Medicine) in Philadelphia in 1981 and went on to complete his internship and residency at Lankenau Hospital in Philadelphia. He completed his fellowship in pulmonary medicine at West Virginia University School of Medicine/National Institute for Occupational Safety and Health in Morgantown, West Virginia. He joined the Centers for Disease Control and Prevention’s Air Pollution and Respiratory Health Branch in 1991 until his retirement from the US Public Health Service in 2004. While at CDC, he helped to develop the National Asthma Program and led efforts on the Surveillance Reports that described the US burden of Asthma (1998) and COPD (2002).

After his retirement from CDC in 2004, Dr. Mannino joined the faculty at the University of Kentucky where he was involved both clinically in the College of Medicine and as a teacher, researcher, and administrator in the College of Public Health.

In 2004 Dr. Mannino helped to launch the COPD Foundation, where he served as a board member from 2004 through 2015, chairman of the Medical and Scientific Advisory Committee from 2010 through 2015, and Chief Scientific Officer from 2015 to 2017.

Dr. Mannino has over 300 publications and serves as an Associate Editor or Editorial Board member for six respiratory journals. He was also a coauthor of the US Surgeon General’s Report on Tobacco in 2008 and 2014. 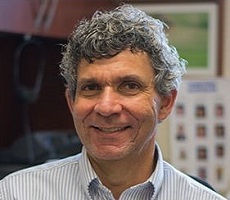