Bruce Rubin is the Jessie Ball duPont Distinguished Professor and Chair of Pediatrics at Virginia Commonwealth University and Physician in Chief of the Children’s Hospital of Richmond. He is also Professor of Biomedical Engineering and Physiology and Biophysics at VCU and has been named a Virginia Eminent Scholar by the Governor. He trained in Biomedical Engineering at Oxford University as a Rhodes Scholar, and then did a fellowship in Paediatric Respirology and Critical Care at Sick Kids in Toronto. He holds the MD and Masters in Engineering degrees from Tulane and an MBA degree from Wake Forest University Babcock School of Business

Prof. Rubin received Lifetime Scientific Achievement Awards from the AARC and CIPP. He holds honorary appointments in 4 medical schools, is on the editorial board of 11 pulmonary journals, has published more than 300 original research papers and chapters, and holds eight patents. He is on the Board of the NIH funded Atlantic Pediatric Device Consortium. His research focus is regulation of mucus clearance in health and disease, airway inflammation, and aerosol delivery of medications.

Dr. Rubin is also a magician, elected to membership in the International Brotherhood of Magicians and over the past 20 years has taught medical magic in 31 countries on 5 continents. 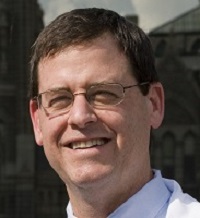