Afzal Mohammed is Professor of Pharmaceutics and Head of Pharmaceutics at Aston University. He is an internationally leading scientist and a key opinion leader in particle engineering and paediatric formulation development. Afzal Mohammed is the lead inventor of a patented novel dry particle coating technology (WO 2016/066462 A1). He set up Aston Particle Technologies Ltd (www.astonparticletechnologies.com) in July 2016 to unlock the commercial potential for the technology.
The translational interface of his research is funded by grants from various bodies including MRC, EPSRC, BBSRC and NC3R as well as funding from various international pharmaceutical companies and INNOVATE UK. He has presented his research findings at major national and international conferences and was awarded Fellowship of the Academy of Pharmaceutical Sciences in 2017. Research from his group has led to a total of 102 publications which include research articles, review papers, journal editorials, book chapters, PhD theses, published conference proceedings and patent applications as well as over 80 abstracts at various national and international conferences. Afzal serves as an Associate Editor for the Journal of Pharmaceutics as well as BMC Journal of Pharmacology and Toxicology and is on the editorial board for four other journals including Nature Scientific Reports. 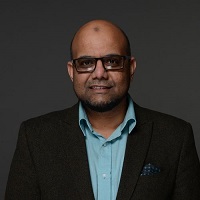