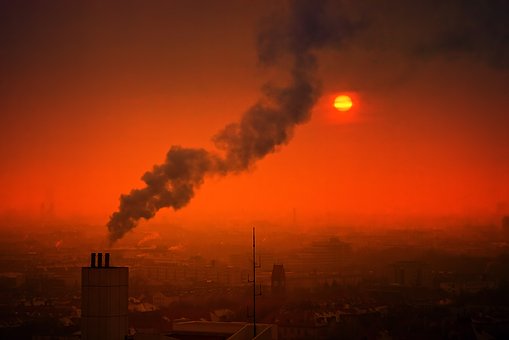 An unintended negative consequence of cleaning up our air could be to increase the severity of heatwaves in some places, according to a recent modelling study conducted by researchers at the University of Edinburgh.

Whilst most observers recognise the pressing need to reduce ambient air pollution for health reasons, the reduction in production of aerosol at ground level, which can act as cloud condensation nuclei when transported into the atmosphere, mean that average daytime maximum temperatures would be increased. This could lead to increased intensity, frequency and duration of heatwaves, especially in the northern hemisphere (where efforts to reduce anthropogenic pollution are greatest).

The effect specifically due to decreased aerosol loading was estimated to be greater than that due to general atmospheric temperature changes alone. The authors stress the need for implementation of ‘smart pollution control policies’ which take into account the fact that climate change and air pollution are closely linked.

Read the full story in the Evening Standard here.