Gary Anderson, is a Pharmacologist, Immunologist and founding Director of the Lung Health Research Centre, and has authored over 200 highly cited papers. His translational research is at the interface of genetic disease models and clinical cohorts focused on understanding molecular mechanisms in asthma, COPD, lung cancer and interstitial lung disease. He discovered the diffusion microkinetic mechanism of long acting beta-2 agonists, co-discovered the critical role of IL-4 in Th2/T2 immunity and proposed the Acquired Somatic Mutation model linking COPD and lung cancer. In 2008 he proposed the pivotal and widely adopted “Endotype” concept of disease. His team discovered the pathogenic biomarker SAA in COPD and has elucidated its role in disease. He has made seminal contributions to the role of gp130 (IL-6 co-receptor) and the Src family kinases LYN and HCK on lung disease. He spent the first 10 years of his career in the Swiss drug industry with Sandoz/CibaGeigy/novartis. His work has contributed to the discovery and development of four medicines used world-wide (formoterol/Foradil, omalizumab/Xolair, indacterol/Onbrez, imatininb/Gleevec) and has two further medicines in clinical trial (MOR103, PhIII with GSK, PRS-060/AZD1472 Ph1 with Pieris and AstraZeneca). He was awarded the Research Medal of the Thoracic Society of Australia and New Zealand (TSANZ) in 2006, and was elected a Fellow in 2014 (FThorSoc). He has served on the NHMRC Research Committee, the Board of Directors of TSANZ where he chaired the Research Committee, and on the Council of the Australian Lung Foundation. In 2015 he was elected a Fellow of the European Respiratory Society (FERS), the ATS in 2018 (ATSF). In 2016 while working on Secondment as Chief Scientist in the RIA iMED with AstraZeneca, he developed new strategies to find remission and cure inducing medicines for asthma and COPD. In 2017 he was a co-author of the Lancet Commission on asthma. He is a scientific advisor on the NOVELTY study, COPDGene and the EU SHARP consortium. In 2018 he received the ERS President’s Award for his contribution to lung research. 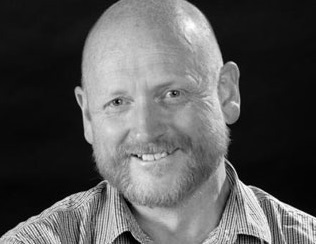