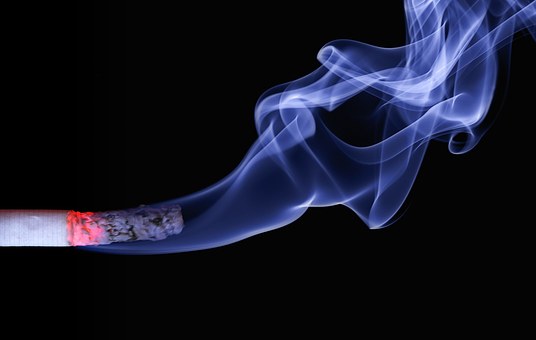 Serious health impacts of smoking and ‘second-hand smoke’ are well-established, but a new study highlights ‘third-hand smoke’ (THS) as a potential source of exposure to harmful compounds derived from tobacco smoke.

Material which deposits on surfaces including clothing, carpets and furniture can partition back into the indoor airborne environment, first into the gas phase, then subsequently into the aerosol phase. The main components thought to be responsible are reduced nitrogen species (RdNS) derived from nicotine and related compounds in the original smoke.

Measurements in a hall where smoking had previously occurred (but was now banned) showed that almost a third of the aerosol mass was comprised of RdNS, while a laboratory study showed an increase in particle mass when air was passed through a glass vessel previously filled with cigarette smoke then flushed to mimic indoor ventilation processes. Water is required within the particles to allow the uptake of the RdNS into the aerosol phase, hence higher humidities may lead to greater THS aerosol mass.

This could explain lower RdNS measurements in wintertime, where (at the study location) air circulated through the building ventilation system has a much lower relative humidity.

Read the full report by Alex Matthews-King in the Independent online here.