Do we need a ‘safe breathing water’ act? 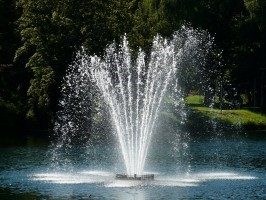 40 years after an outbreak at a Philadelphia hotel of what would become known as Legionnaire’s disease, infecting over 200 people and killing 29, the incidence of the disease in the USA is still relatively high and the primary vector, airborne droplets containing Legionella bacteria, are not directly controlled, according to a senior Environmental Engineer at Drexel University.

Although the Safe Drinking Water Act in 1974 reduced the ingestion exposure of the public to various water-borne diseases, Charles Haas notes that most Legionnaire’s cases in the last 15 years were attributed to ‘potable’ water, often in the aerosol phase. He argues that knowledge gained since then, such as how pipes can act as incubators for pathogens and the importance of the aerosol exposure route from a multitude of potential sources including decorative water features, sprays and humidifiers, constitutes the need for a ‘safe breathing water’ amendment.