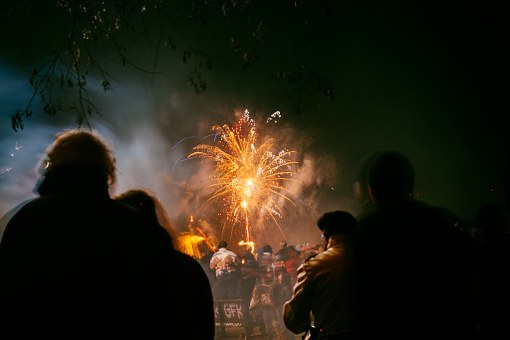 Official air quality measurements throughout Germany over the New Year period show significant ‘spikes’ in PM10 due to firework displays. At the peak, PM10 concentration at one monitoring station in Munich exceeded 1300 micrograms per cubic metre. Although often dismissed as one-off events, such high levels may be extremely dangerous even for short period exposures, and a national estimate puts the total emission from firework displays across Germany on New Year alone at 4,000 tonnes, equivalent to 15% of the annual estimated emission from vehicles. It is also well-known that particulate matter produced by fireworks contains a number of metal compounds used for colour, which may exacerbate negative health effects. Similar observations of high PM levels have been made in the UK around Guy Fawkes night, in India at Diwali and in the USA on 4th July. There have since been calls to regulate and even ban the sale of fireworks for private displays.