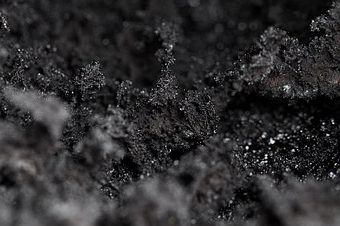 A 3 metre ‘diesel soot particle’ was installed in Bristol’s Millennium Square as part of the city’s Festival of Nature.

Designed by Bristol-based artist Luke Jerram and commissioned by the Wellcome Trust-funded ‘Our City Our Health’ as part of the UPSTREAM urban development project at the University of the West of England, the sculpture aimed to visualise what city-dwellers may be breathing in and to provoke conversations about air quality and health in cities by ‘making invisible air pollution visible’.

Jerram said that his inspiration was in part due to the VW emissions scandal and a friend whose child suffers from asthma.

The materials used – coal, pyrite and calcite – were chosen to try to reflect the typical composition of traffic-related particles, which contain black carbon, metal residues and road, tyre and brake wear.

The installation has since been displayed in several Bristol locations, including outside the City Hall as part of events planned for Clean Air Day, which took place on 21st June.