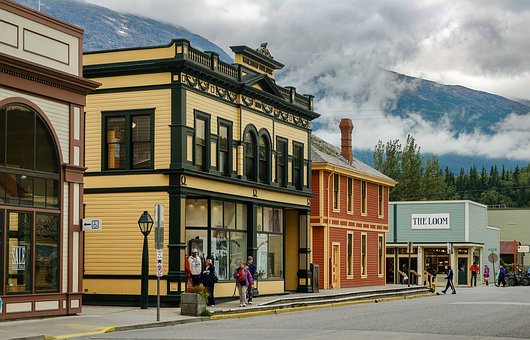 An airborne particle which contained enriched uranium has been observed during atmospheric aerosol sampling over the Aleutian Islands, Alaska.

The single particle, with vacuum aerodynamic diameter 580 nm and containing an estimated 0.1-1% by mass of uranium, was detected at an altitude of 7 km on 3rd August 2016 during measurements as part of the Atmospheric Tomography (ATom) NASA mission. Finding uranium in airborne particles is uncommon (< 1 in 10,000 particles) but not particularly rare. However, the isotope ratio (Uranium-235 was 3.1% ± 0.5% of Uranium-238, compared with around 0.7% in natural sources) strongly suggests a hitherto undetected anthropogenic source of enriched uranium emission to the atmosphere.

No previous study over 20 years using the same instrument has detected enriched uranium in an airborne particle. The size of the particle and the lack of very recent incidents mean it was not likely to have been emitted either by dust from known ongoing nuclear generation facilities, nor directly as a result of, for example, the Fukushima event (from which particles of this size would have been removed from the atmosphere by the time of detection) or resuspension of dust from older events.

Despite back-trajectory calculations, researchers were unable to determine the source of the particle, which was thought to have been emitted somewhere in a broad region encompassing China, Japan and the Korean Peninsula, so for now the exact source remains unknown.

Click here for the full report from Live Science