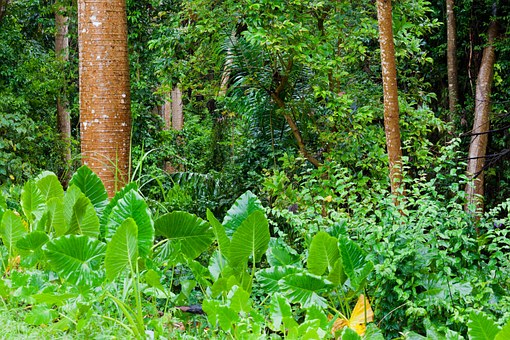 The study of aerosol particle formation and transport in the Amazon rainforest can provide ‘baseline’ information on the natural processes occurring, and hence highlight the impact that anthropogenic activities may be having on environments elsewhere by comparison.

Researchers in the GoAmazon collaboration undertook a series of simultaneous ground-based, radar and aircraft measurements of aerosol size distribution and trace gases to determine the source of cloud condensation nuclei (CCN) in the Amazon boundary layer. The authors report that a significant fraction of CCN observed in the boundary layer comes from rapid downward convective transport of particles from the free troposphere during storms. These particles, with diameters < 50 nm, are formed in the free troposphere due to colder temperatures favouring gas-to-particle conversion of oxidised volatile organic compounds (VOCs) derived from vegetation. These particles then go on to seed subsequent cloud formation. Prior to rainfall, particles at ground level tended to be larger (> 100 nm) but during and following rainfall, particle mean diameter decreased due to lower background levels of larger particles in tropospheric air and rainfall washout. However, the lack of nucleation mode (< 20 nm) particles indicated that new particle formation was not occurring at ground level, in line with previous observations in the Amazon.